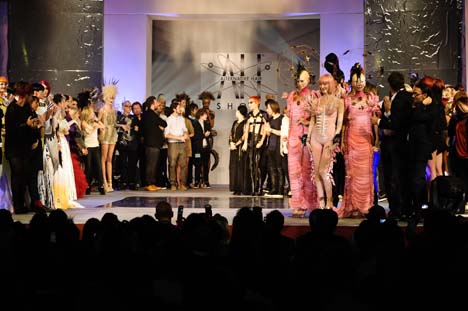 The Alternative Hair Show made a triumphant return to the Royal Albert Hall for its 29th spectacular show, raising £190,000 for Leukaemia and Lymphoma Research in one night.
18 creative teams from Japan, England, Australia, Ireland, Russia, Italy, France and Hungary took to the stage in turn to present their individual interpretations of the evening’s theme; Illusion.
Dedicated this year to the late, great honorary president of Alternative Hair, Joshua Galvin, the evening saw the indroduction of a new annual initiative, the Joshua Galvin award for hairdressers who go the extra mile for charity. 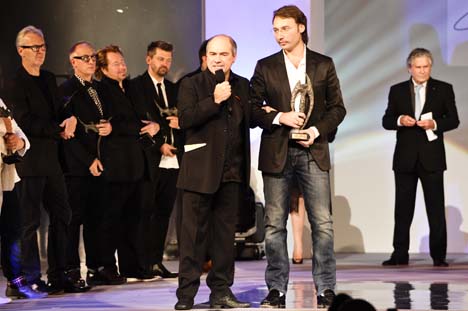 The inaugural winner of the award was Dmitry Vinokurov from Russia, for his extraordinary efforts in bringing the Alternative Hair Show to his homeland earlier this year.
Then it was show time. “Get ready to see incredible hair, incredible shows and incredible costumes presented by the best artists in the world,” said Alternative Hair Founder, Tony Rizzo, who also gave profuse thanks to the show’s many manufacturer and media sponsors. 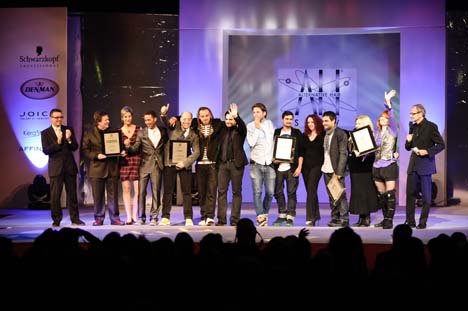 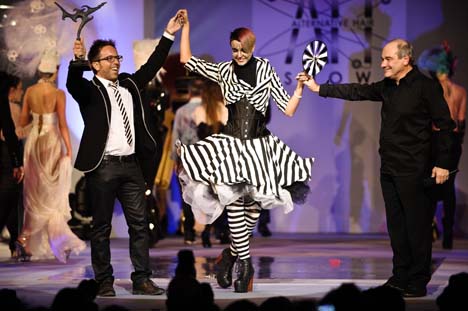 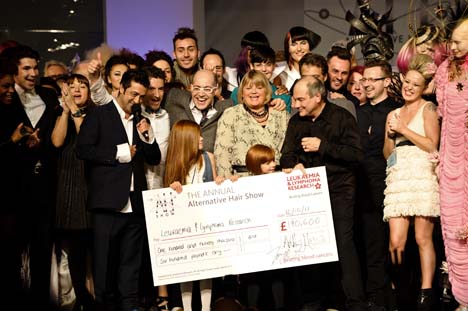 As well as celebrating exceptional creative talent, the evening also saw a cheque for £190,600 presented to Leukemia and Lymphoma Research adding to the incredible £8 million already raised by Tony Rizzo over the last 28 years.
Leukemia and Lymphoma Research Chief Executive, Cathy Gilman, closed the evening saying: “Children’s treatment can last between two and five years, so your help is unbelievably appreciated – all the teams, hairdressers, sponsors, Tony, Anthony – everyone and every single penny is massively appreciated by us all.”
The 2011 Alternative Hair Show presentations: 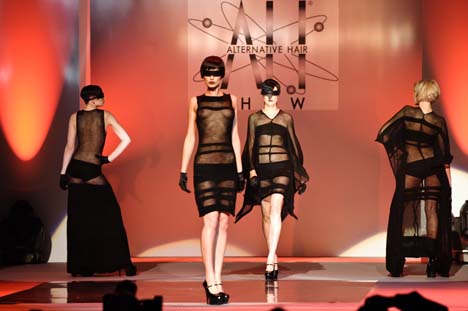 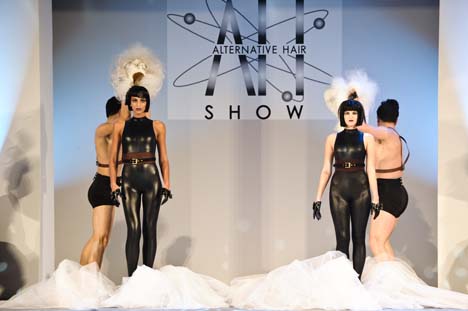 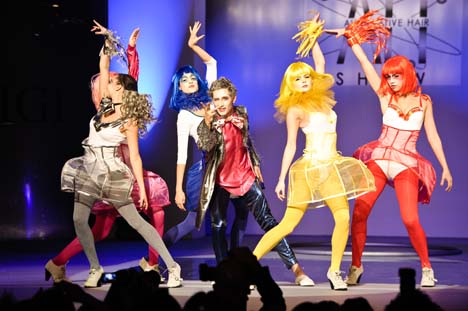 ALES INTERNATIONAL, JAPAN
Taking a circus theme, models in primary colour wigs and undressed crinolines were entertained by a hoop acrobat cart-wheeling around the stage. 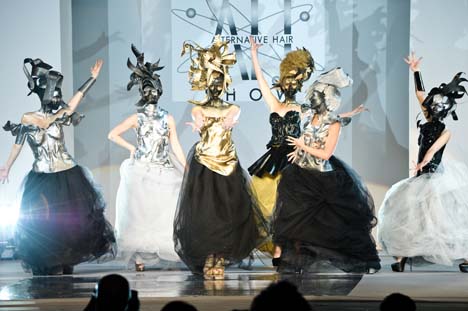 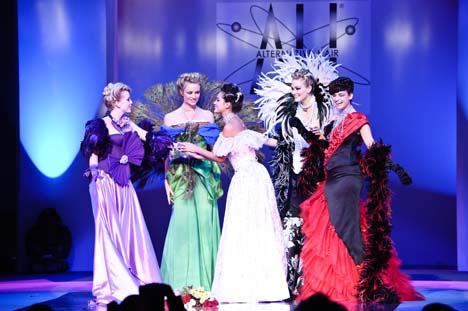 FILIPPO SEPE, ITALY
A gentle interpretation where My Fair Lady met Pygmalion saw elegant models spurning their lesser-shod sister until she morphed into a captivating beauty – all topped off with Regency-inspired updos. 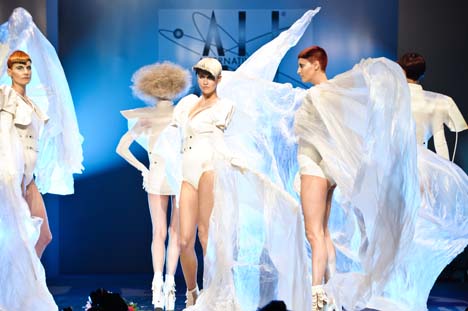 LASZLO HAJAS, HUNGARY
An intriguing parade of ethereal beauties whose ethereal white skirts vied for attention with the shiny soft air bubbles which trailed in their wake. Cloud-like hair contrasted against high-gloss crops in pure shades. 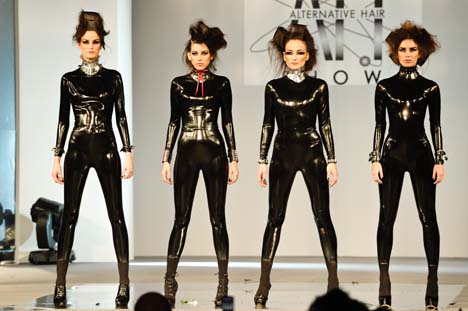 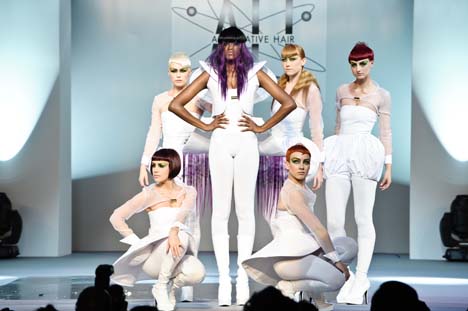 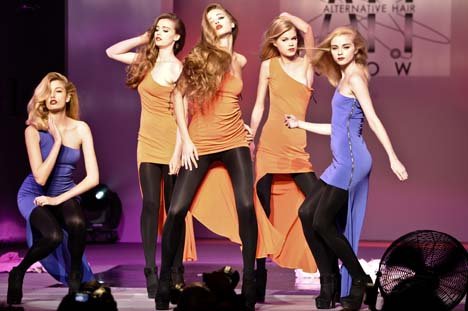 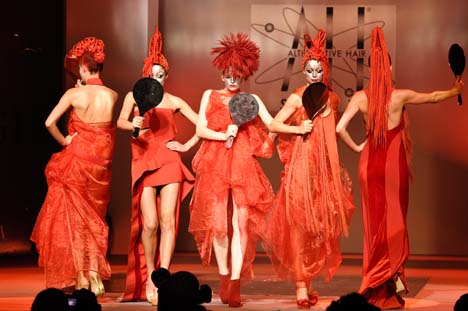 GUY KREMER, UK
Fire hot and glowing scarlet, models were head to toe in red with their hair in loose dreads, dressed high in ponytails or crocheted into shapes and balls. 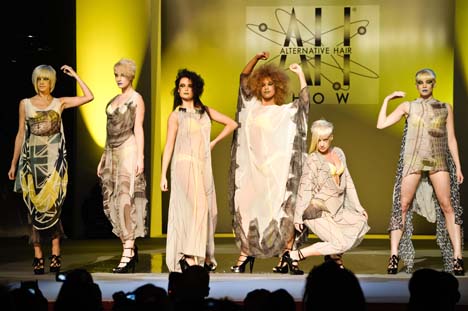 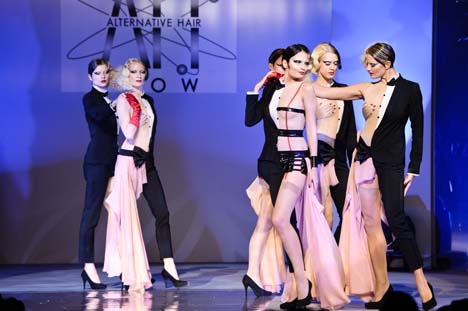 BUNDY BUNDY, AUSTRIA
Presenting the ambiguity of sexuality, models were shown as half man, half woman with an overwhelming mood of old-school Hollywood glamour. 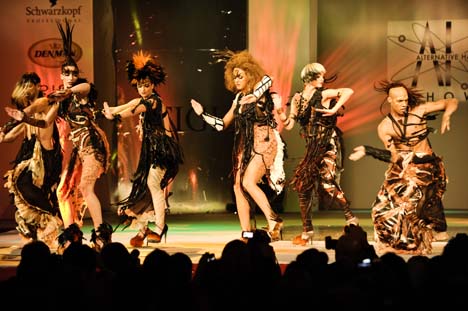 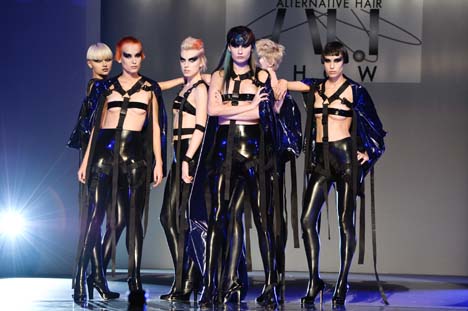 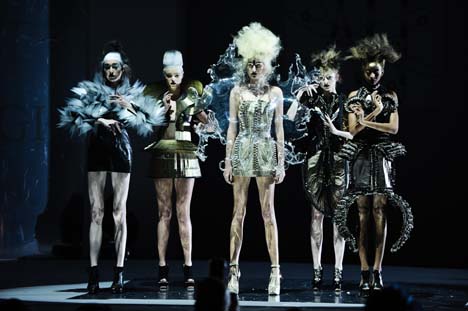 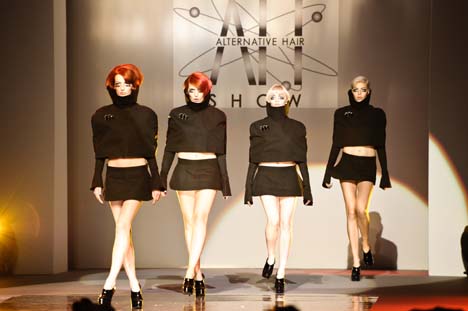 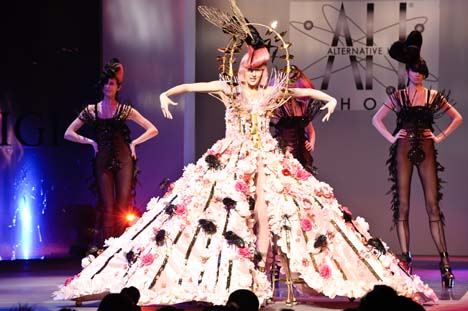 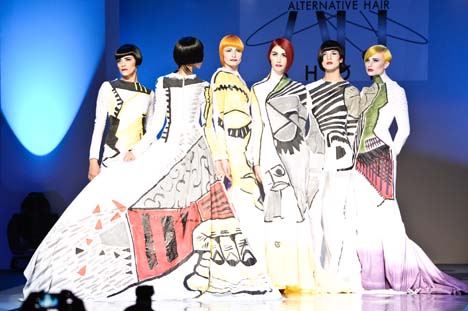 SANRIZZ, UK
A wonderfully colourful, Picasso-inspired vignette where models in dip-dyed monochromatic dresses wore brightly coloured hair in fruity shades of cherry, orange, lemon and blackberry.
See all the images from the evening in the Alternative Hair Show Gallery