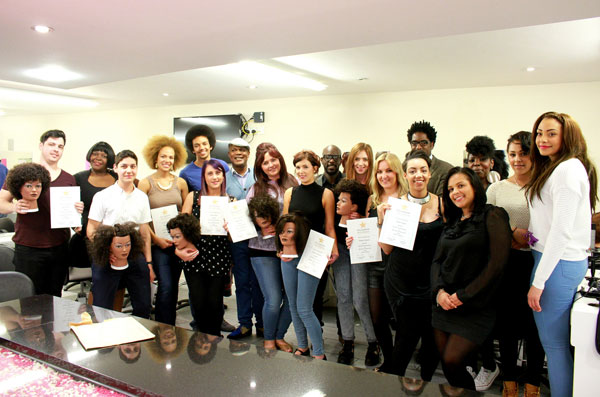 The Alan D Academy recently hosted their first Afro Hair Workshop, with guest appearances from five masters of the craft.

Each presented a model, before Junior Green was interviewed by Fellowship president, Errol Douglas. Junior commented: “With so many mixed-race children here in the UK, the Afro market is growing rapidly. We get lots of panicked mothers in the salon who don’t have an idea how to deal with the texture of their child’s hair and as hairdressers they need our help and input.”

To finish the evening, twelve lucky students took part in an up-close-and-personal workshop to help them learn more and gain the confidence to introduce a profitable Afro hair menu to their salon service.

Fellowship events committee chairman and show coordinator Ann Herman concluded: “Tonight was such a great success so we are already discussing the possibility of doing another on a bigger scale later this year. We had great feedback from those who came just to see the demos and those who did the workshop went home full of praise and thanks for what they’d learned.”