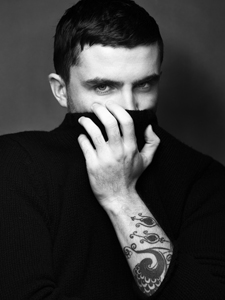 Anthony started his career at TONI&GUY before moving to Taylor Taylor and eventually becoming first assistant to Guido. Since branching out alone, he has become an in-demand session stylist in his own right.
The fashion week favourite has an outstanding CV, styling stars including Anne Hathaway and Jennifer Lawrence, shooting campaigns for brands including Dior and Givenchy and working backstage for brands including Victoria Beckham, Preen and Peter Pilotto.
Anthony says, “I’m really excited to join the L’Oréal Professionnel team and be part of such an iconic brand that I’ve followed throughout my career. It’s an honour to be working with a company who have worked with some of the most influential session stylists in the industry.”