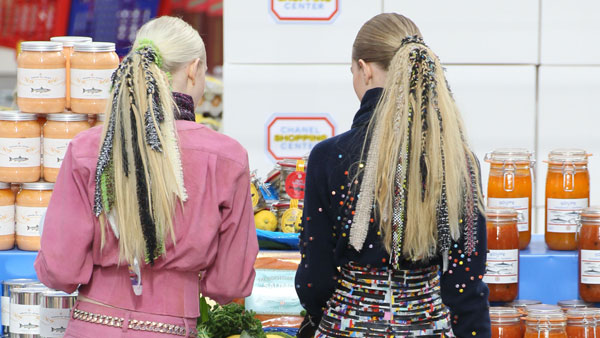 Need to know the Autumn Winter 2014 hair trends? Look no further – we’ve rounded up all of the hottest looks for you to take from catwalk to client in the new season. 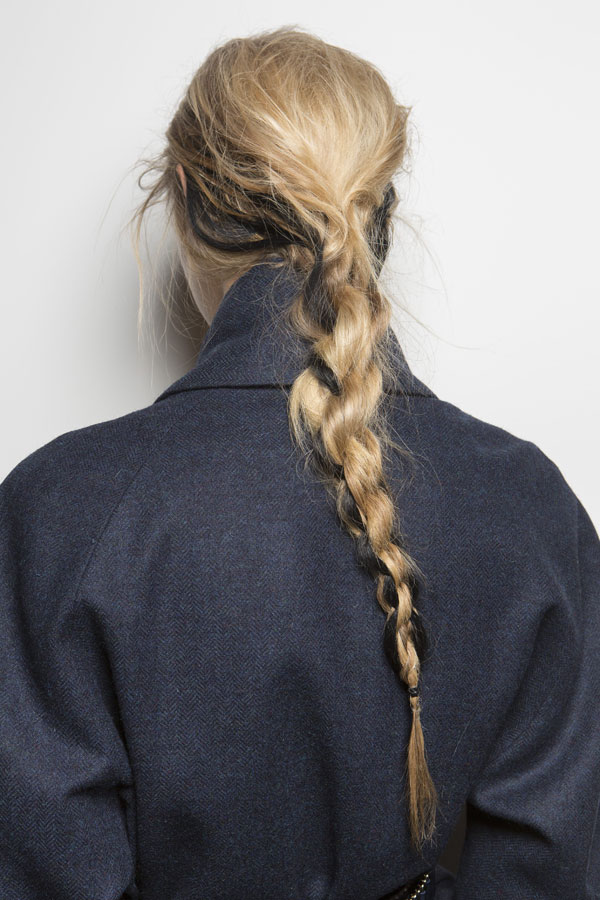 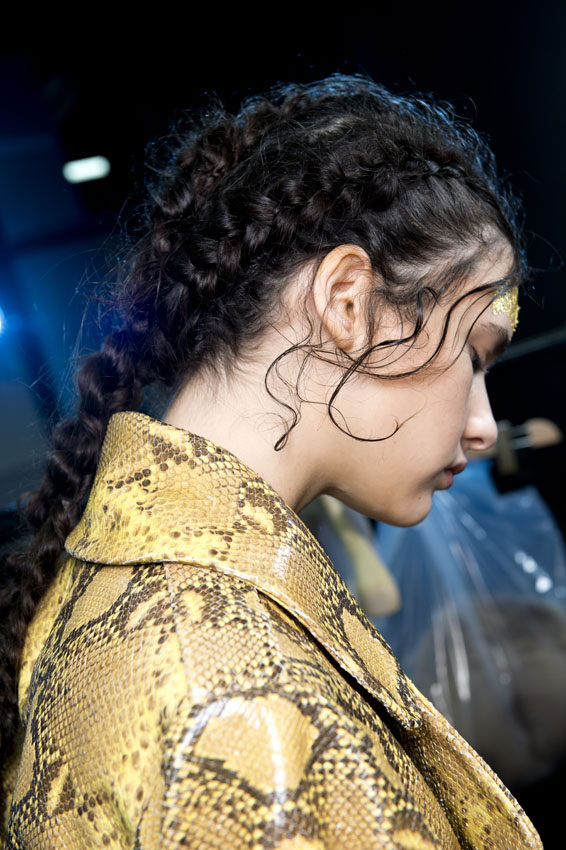 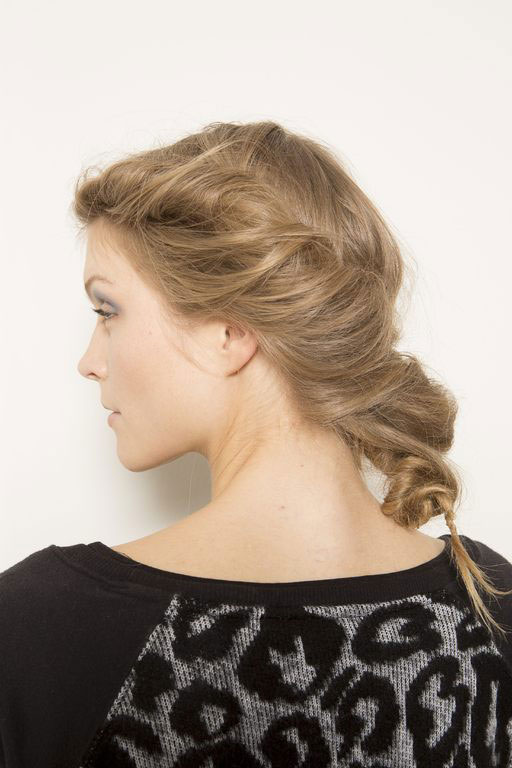 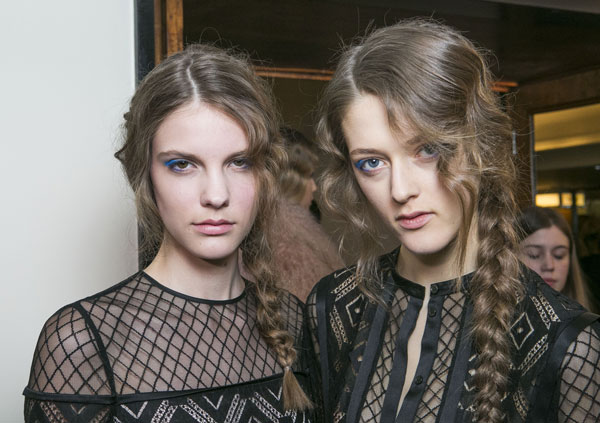 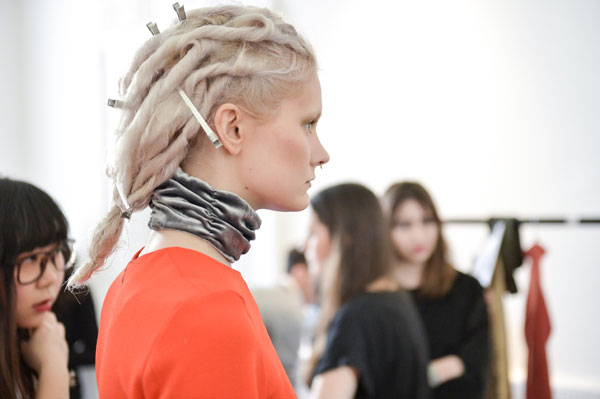 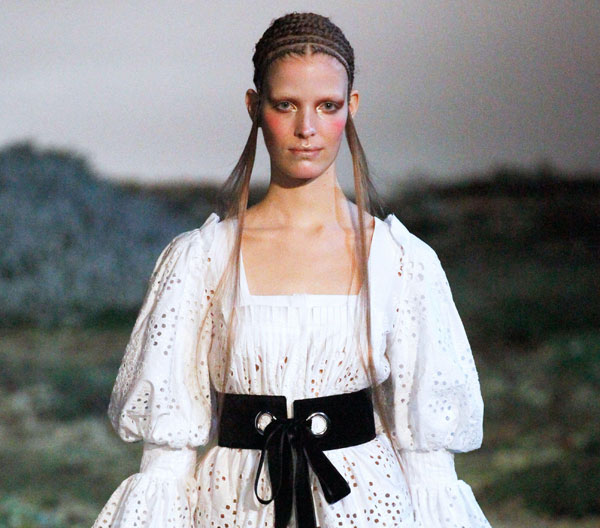 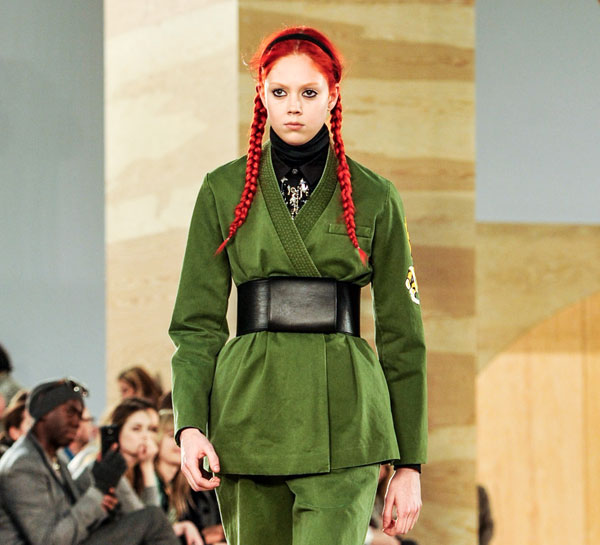 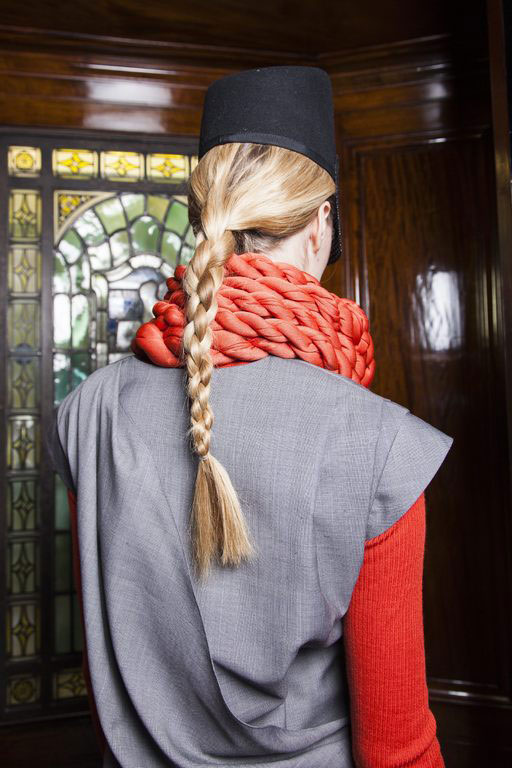 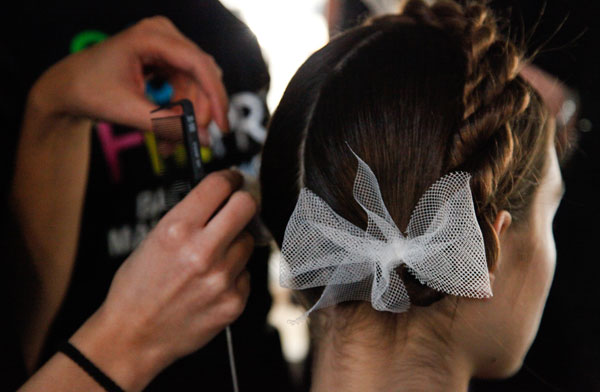 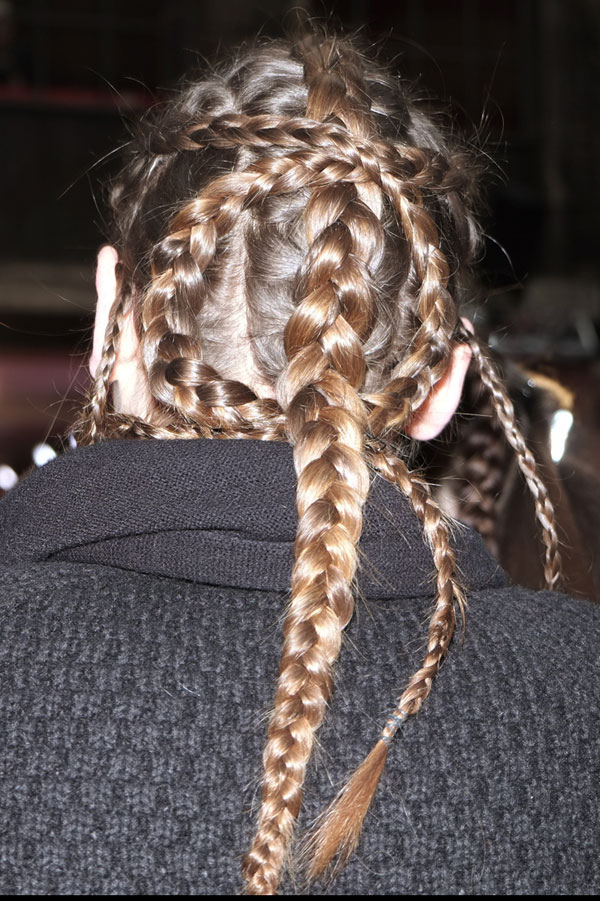 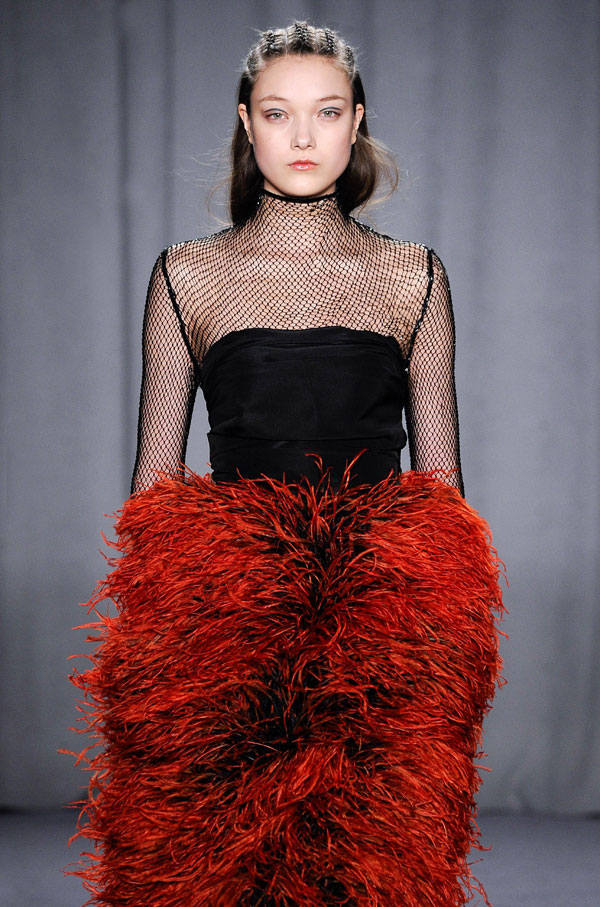 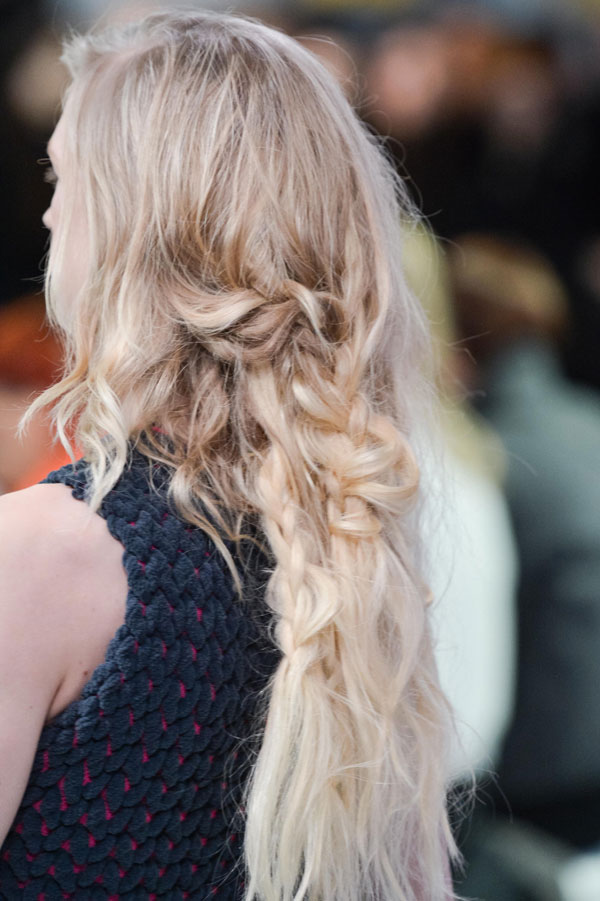 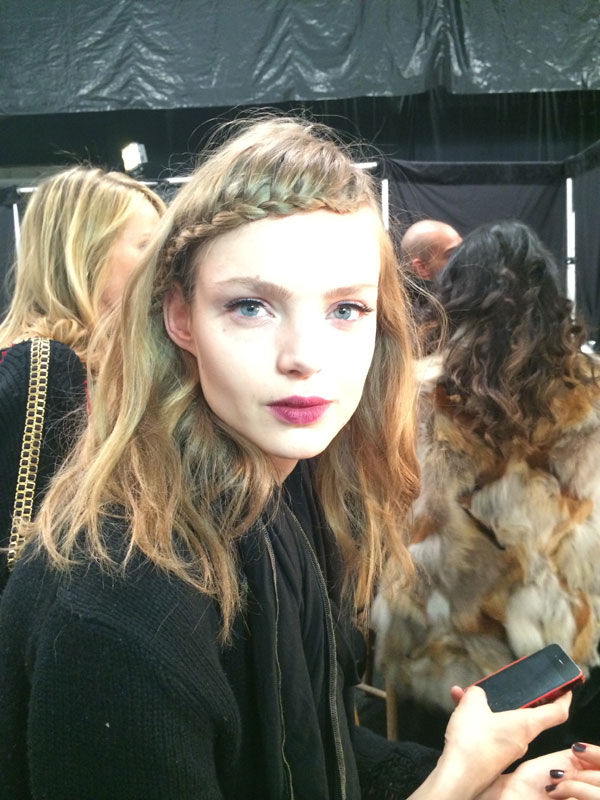 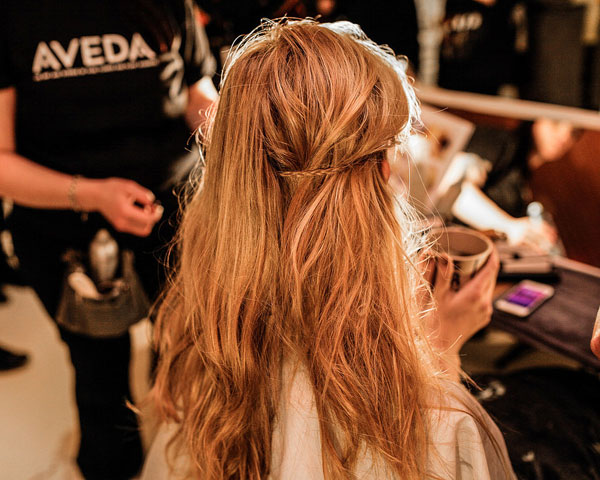 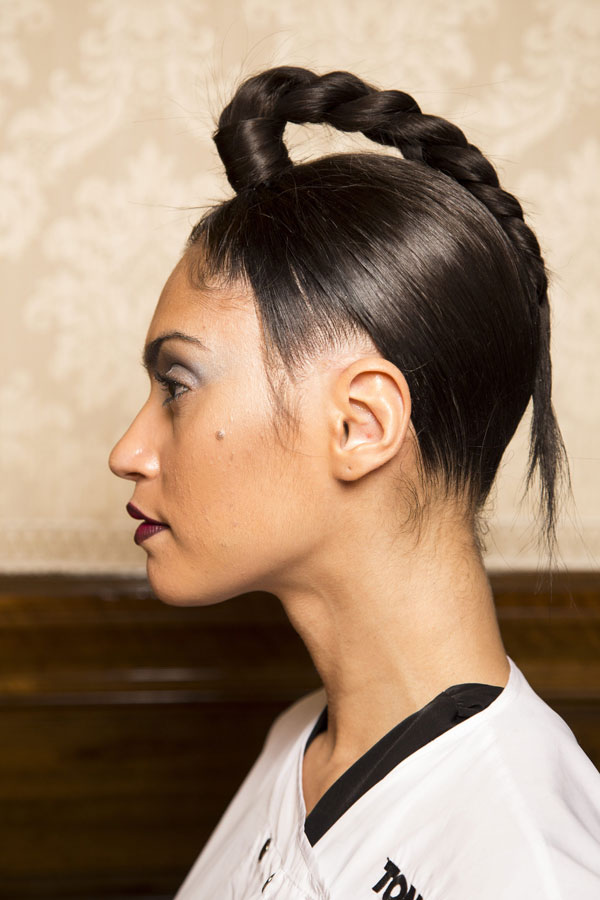 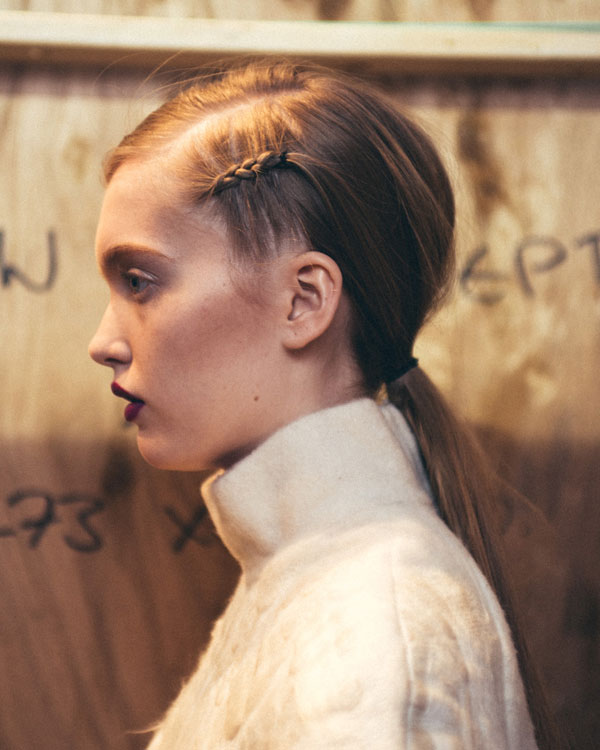 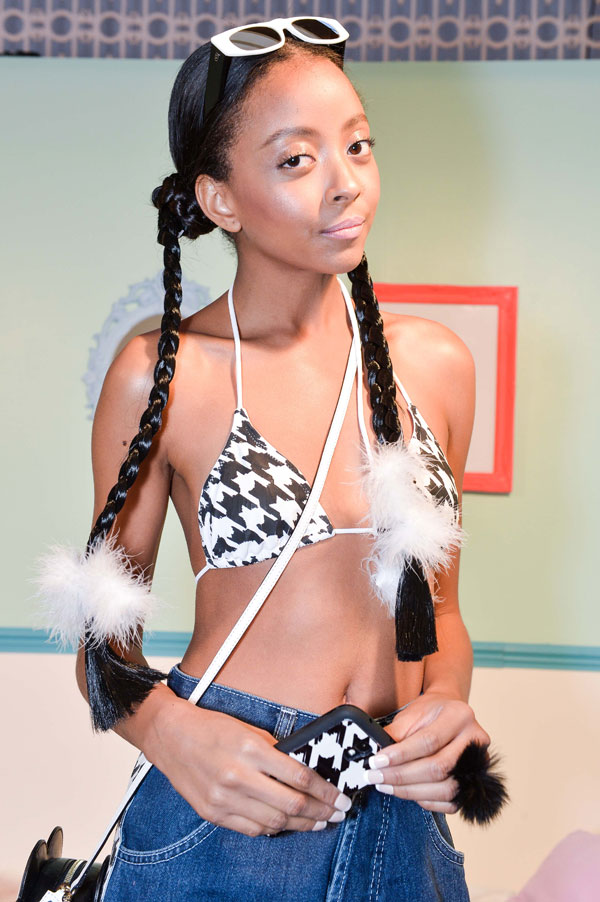 Plaits get a style update for Autumn/Winter. Gone are the uniform, equestrian-inspired styles of previous seasons, replaced with something infused with altogether more personality. On the catwalk we saw dreadlocks at Antipodium, cornrows at Alexander McQueen, Marchesa and DKNY and ninja-inspired plaited pigtails at Marc by Marc Jacobs.

We loved the rebellious knotted style at Simone Rocha, which saw messy texture fused with a ‘veil’ of flyways for an impossibly romantic look. The twin braids at Temperley take a dash of this bohemian mood for a more restrained, real-world take on the trend.

If you thought the craze for statement shades was fading, think again. The model that made the most headlines for Autumn/Winter 2014 was undoubtedly ketchup-redhead Natalie Westling, while Chloe Nørgaard’s rainbow hair continues to make splash and Soo Joo Park and Sasha Luss are just two of the catwalkers who switched au natural shades for peroxide ‘dos just in time for the new season.

High-impact shades of ice blonde, brunette, and red dominated the collections, with designers like Vera Wang and Prabal Gurung casting their model lineups accordingly. Thanks to a memorable Marc Jacobs collection, mink, mauve and mushroom shades are also having a moment. The message? Go bold or go home.

High-shine hair usually suggest health, vitality and luxurious quality – but up the shine factor to extreme levels and the look becomes something more futuristic. At Peter Pilotto, Tron was the inspiration and an entire tube of gel was painted on to each model to create a shiny helmet of hair. This hard, vinyl-like shine was also in effect in head-hugging styles at Alexander Wang, Jonathan Saunders and Helmut Lang, while at Antonio Marras there was a sci-fi mood with Bladerunner-style rolls.

At Jeremey Scott, conditioner was layered on to dry hair to create a glistening polish – for something more client friendly, the Todd Lynn look has a similar silhouette, but uses lashings of shine spray for a more natural, lustrous polish.

Looking for a quick, easy, no-commitment way to revamp a style? Flip hair into a deep side parting, a good three or four inches off centre to make the most impact. Pair with a sleek, head-hugging silhouette for the ultimate power part, as seen as Acne, Thakoon and Proenza Schouler.Alternatively, keep the bulk of hair loose and textured for a 90s supermodel vibe, inspired by shows like Zac Posen, Chloe and Peter Som.

Windswept, hair was also a surprise trend, as seen on the “post-motorbike ride in the country” look at Giles and at shows including Marni, Peter Som and Gucci. Who knew helmet hair could look so good?

Ponytails are a catwalk favourite, but gone are the minimal looks that have made this a subtle go-to for shows of every type over the years; this season it’s all about personality pony. Tie it back and then have a bit of fun – how creative you get is all down to how bold your client dares to go.

At Chanel, the house’s classic tweeds were torn into rags and woven in to dreadlocked ponytails, for Fendi it was all about basket-weave sections forming a low-slung style and at Valentino, Guido created 60s-inspired bobble tails that came in at a whopping 26”, root to tip. You don’t have to go to such great lengths to make an impact, though. Adding twists, braids and bands will all perk up a pony, as will statement accessories.

Brush out those baby hairs and switch the hairspray for texture spray; fluffy flyaways are having a serious moment. Actually, it’s about more than a few loose face-framing pieces, these wisps are anything but understand. Full ‘veils’ of hair brushed across the face had a major fashion moment, and nowhere more so than at Marni where Paul Hanlon created “bird nests” of hair wrapped around and stuck to the face.

Perhaps not an everyday salon look, but certainly makes an impact editorially and encourages less of a focus on pristine, perfectly coiffed ‘dos.